Welcome to Evarist Cliffe & Co
Take a tour today
We Provide High Quality Accountancy Services
We have the expertise to help you
You Retain 85% of Your Earnings After Tax
We're working for you to provide innovative tax plans
Your Success is Our Goal
You'll always feel Confident, Secure and in Control
Contact Evarist Cliffe & Co.
Your finances are safe in our hands 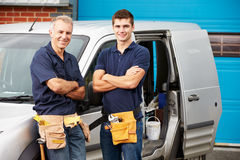 Types of work and business structures covered by CIS

CIS can apply to all types of businesses that work in the construction industry in the UK. These include:

Even if your business or organisation doesn't do building work, it might still be a mainstream contractor or HMRC may treat it as a "deemed contractor"  and require it to register with CIS if  it spends more than an average of £1 million a year on construction operations over a three year period. The types of businesses and organisations that this could apply to include:

What are construction operations?

Some examples of the types of construction work that are covered by the scheme include jobs like:

The scheme defines 'construction' as a term with a broad meaning that includes:

So, construction work includes, for example, assembling prefabricated units and site facilities that have been made off-site.
Contractor registration and obligations

The Construction Industry Scheme (CIS) is a set of rules for contractors and subcontractors in the construction industry. If you're a CIS contractor (including a deemed contractor), you'll need to register with HM Revenue & Customs (HMRC). You'll also have to follow certain rules to make sure you pay your subcontractors within the scheme correctly.

The things you'll need to do include:

When are you a subcontractor under CIS?

CIS uses its own special definition of the term subcontractor. So even if you don't normally think of yourself as a subcontractor, you could be treated as one under CIS.

Under the rules of CIS you're a subcontractor if you agree to do construction work for a contractor. It doesn't matter how you actually carry out the work - you could do it yourself, get your employees to do it, use your own subcontractors or make some other arrangement.